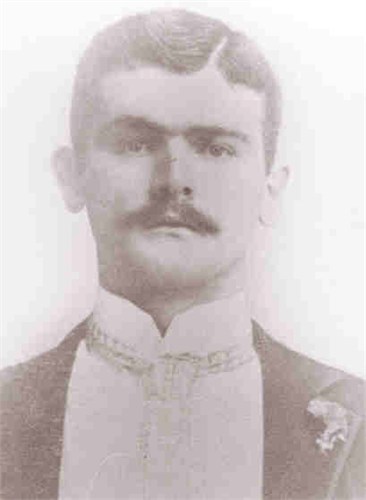 At some point George became friends with Adolph Felsenthal (December 8, 1862 – April 10, 1943). Adolph incorporated the 25-mile Felsenthal Southern Railroad, running from Lake Landing, Union, Arkansas through Union Parish. The timber town of Felsenthal was laid out and largely owned by Adolph and his brother Ike. Someone was needed by Adolph to clean up the post town of Felsenthal which had become a typical river boat town infested with saloons and bars. George, or “Arkie” as his friends called him, was known to be fearless and good with a gun so Adolph asked him if he would help clean up the town. George agreed and was appointed town Marshall.

One of the saloon owners was the prominent citizen Dr. John M. Perrine (July 18, 1844 – September 20, 1922) who was reaping considerable profits from the illegal liquor trade.

On the faithful morning of June 18, 1908 Arkie had gone to the depot to meet a revenue officer who was arriving on the train. While waiting on the depot platform, Dr. Perrine approached Arkie and accused him of interfering with his business. Dr. Perrine drew a knife and stabbed Arkie.

Bleeding profusely Arkie was immediately taken to Huttig where he could receive proper care, but he bled to death before anything could be done. He was laid to rest in the Cole Family Cemetery near Marion.

Dr. Perrine was arrested and charged with murder and on October 21, 1908 his trial was to begin in El Dorado. Senator Jeff Davis (May 6, 1862 – January 3, 1913), Dr. Perrine’s attorney, filed for a postponement for at the time he was on a speech making trip through the northern states, but the postponement was denied. Senator Davis had to hurry home from Chicago for the trial.

While suffering the ordeal of the trial, Dr. Perrine suffered “a stroke of heart failure”, as stated in the Jonesboro Daily, Jonesboro, Arkansas, October 22, 1908, and the trial was postponed indefinitely.

On the next day, April 8th, testimony was completed and the jury retired for deliberations. When the jury returned to the court room the foreman, M. F. Thurman, read the following verdict: “We the jury find the defendant, J. M. Perrine, not guilty as charged in the indictment.”

The judge then ordered: “It is therefore considered, ordered and judged by this court that the defendant, J. M. Perrine, go free without delay; that he and his bondsman be and they are hereby released from all further liability herein and the County of Union pay all costs herein expended.”

Dr. John M. Perrine died on September 20, 1922 and was buried in Harper Springs Cemetery in Union County, Arkansas having cheated the hangman by some thirteen years. 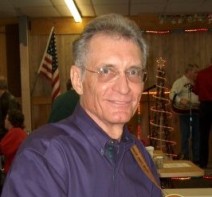 The Family of Spearsville