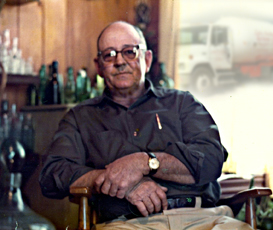 I remember learning to read in the first grade at Bernice Grammar School in Union Parish. My teacher, Mrs. Cook, had a desk at the front of the room. I can see myself, somewhere in the middle of the row next to the windows. There is a blackboard across the front wall and over this blackboard are white squares with a letters of the alphabet. I don’t recall the precise moment that it “clicked” and I could read, but it was certainly much easier for me than for my son who was dyslexic and struggled for years. First grade, and reading for him had to have been unpleasant.

Thinking about this led into a memory of my mother, Edna Matthews Liggin, telling me that she had learned to read at age 4 while sitting in her father’s lap looking at the “funny papers”— the comic section that appeared in the Sunday newspaper. He would point to a word and tell her what it meant and she would repeat it.

My grandfather was a sharecropper in Franklin Parish—a tenant on land belonging to someone else. He had use of the land for farming with a share of his crop going to the owner. They were a poor family and likely had few books other than the bible and the Sunday newspaper. When my mother began school at age 6 she could read not only the comics, but the entire paper. In class, not wishing to stand out, she would raise her hand and ask the meaning of certain words—words that she knew. The teacher never guessed that Edna could read and read very well.

Her brother, my uncle John Matthews, had a very different relationship with school. His teacher in the fourth grade disliked him and whipped him often. It became so bad that he would cry and beg his mother not to make him go to school. Laura did go to the school and speak to the teacher but this only made it worse. John would often leave for school, a 3 mile walk down a country road, and never arrive. He would spend the day playing in the woods. Finally his mother, unable to bear his tears any longer, let him stay home and help his father with the farming.

Uncle John only had a fourth grade education and was not a great reader, but he could read a butane gas gauge. When I was a child he and his family lived across the road from us. This was Hwy. 2 that ran between Bernice and Farmerville. Most of the homes in our rural area used butane in their heaters and stoves. A large metal tank was buried in the ground with a small domed top protruding above ground. You could lift this top and see a gauge that told how much fuel was in the tank. My uncle delivered butane to these tanks. I recall him telling me once that if the phone rang at 5 AM on a icy, wet winter’s morning, he knew before answering that it would be a little old lady who had let her tank run out of gas. Usually this same lady had refused gas the week before when he made his routine check of her gauge. This was probably due to a lack of money and John understood this.

At age 55 John died in his sleep of a heart attack. One of my most treasured memories is of being at the funeral home sitting beside his wife, Frances, when two women came in. They were dressed in old clothing, with shoes that were down at the heels. Going up to the coffin they paused and looked down at John. I could see their lips moving and knew they were offering a prayer for John and his journey to the next world. They turned and came up to my aunt. “We’ve so sorry to hear about your loss. John meant so much to us.” One of them looked down at her stained apron. “We were making fig preserves when a neighbor told us about his death. We had to come immediately to pay our respects. John was our butane man and I can’t tell you how many times he made his way down our winding road in that big truck to deliver gas for our empty tank. It seems we always let it run out on the coldest days, but John never fussed at us and was always cheerful. We just wanted you to know how much we thought of him.”

I’ve never heard a memorial at a funeral that affected me more than this simple tribute to my uncle. He lived an ordinary life, with a fourth grade education and yet had left his mark on the lives of others.