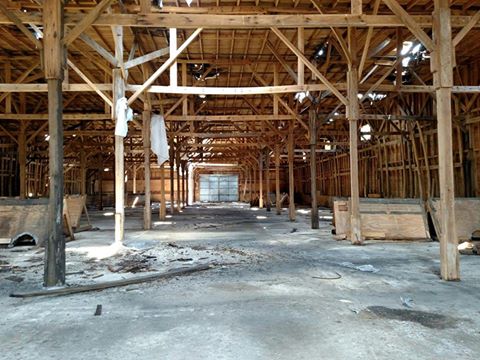 Bernice, La was once a bustling, two-sawmill town with a brand new railroad. In 1899 Bernice was officially founded as a town, named for the newborn child of the former owner of the land where the town is now situated. Bernice was the first town in Union Parish to have a railroad and was nicknamed “Big Woods” after the lofty, virgin pine trees in the area. Nearly seventy warehouses were erected there in the early 1900’s for cotton and wheat storage. Most of them are falling in on themselves and some have been torn down by man, while others have been wiped out by mother nature. Most are in deplorable shape but some of them are still in use today. Take a look inside one that is still standing. If these walls could talk, there’s no telling the stories they could tell.