In 1884, Mr. Samuel S. Kirkpatrick moved to Farmerville from Monroe and secured employment as a druggist at the Farmerville Drug Store. Within a few months, he and Farmerville native Abraham Stein had purchased the drugs portion of the store, and they operated it under the name S. S. Kirkpatrick & Co.

Upon his arrival in Farmerville, Samuel Kirkpatrick rented a room from Isaac and Sarah Sussman Shuster (Schuster). Isaac was born in 1827 and Sarah in 1838, both in the German province of Bavaria. After their 1856 marriage, they lived in Illinois, Shreveport, and Memphis before settling in Farmerville, where Isaac worked as a peddler and merchant. In 1878, the Postal Service appointed Isaac as Farmerville’s postmaster, a position he held for the next quarter-century. He also held numerous civic positions in Farmerville, and the Shusters formed an integral part of Farmerville’s tight-knit Jewish community. Due to Isaac’s business interactions with the public, the Shusters became a well known and respected family throughout Union Parish.

According to eyewitnesses, Kirkpatrick proved himself a model tenant of the Shusters, and soon Isaac and Sarah held him in high regard. As a member of the household. Kirkpatrick had frequent contact with their daughter, Ida, then a young girl of 16. Born in Farmerville in 1869, Ida excelled in her studies, with her teachers identifying her as the best student in the various schools she attended. She was described as “…not beautiful, but her attractive manners rendered her popular.” With in a few months of his arrival in their midst, the Shusters permitted Kirkpatrick to begin courting Ida, allowing her to accompany him to dance parties and other amusements held in Farmerville. During the winter of 1884-1885, Ida was “frequently attended” by Kirkpatrick, resulting in a mutual affection. Townspeople well acquainted with both parties reported that Kirkpatrick soon made “vows of love to this young girl, and …by his constant wooing he became the possessor of her ardent and most earnest devotions.”

Kirkpatrick’s insistent promises of marriage apparently convinced Ida to become intimate with him. He had by this time obtained other lodging, but he disguised himself and sneaked into the Shuster home for their encounters. Ida soon became pregnant, and promptly insisted that Kirkpatrick fulfill his pledge to marry her. He declined, later even denying that he made such a promise. He did agree to help Ida, convincing her to inform her mother of her condition so that Kirkpatrick could escort Ida to an out-of-town physician who could perform an abortion.

Sarah Shuster immediately confronted Kirkpatrick, insisting that he marry Ida, but he again refused. Instead, as he promised, Kirkpatrick made arrangements to take Ida to an out-of-town physician who would perform an abortion. However, as they prepared to leave, Sarah refused to allow Ida to accompany him. Instead, she insisted they consult with Farmerville’s two physicians, Dr. Dillard and Dr. Barnes. Kirkpatrick attempted to get Dr. Barnes to meet Ida and him out of town one evening and perform an abortion, but Barnes refused.

“Mr. Kirkpatrick: The medicine you sent me did not have the desired effect; please send me something to relieve my trouble or end my life. Ida Shuster”

Kirkpatrick apparently now realized the serious dilemma he faced, so he decided it was time to make preparations to leave town. First, Kirkpatrick again went to Dr. Barnes, repeating his earlier request for him to perform an abortion on Ida. Barnes again refused Kirkpatrick’s pleas. He told Abraham Stein, his business partner, about his impending departure from Farmerville, selling his interest in the drug store to Stein. Kirkpatrick told Stein that “he did not want it known that he was going to leave.” He left Farmerville soon after midnight, in the early morning hours of Thursday, 10 November 1885.

On Saturday evening, Ida and her sister entertained a gentleman visitor to their home who informed them that Kirkpatrick had departed Farmerville permanently. The caller left about 10 p.m., and Ida complained of a slight headache and retired to her room, which she shared with her older sister, Helena. When Helena came to bed a short while later, she found Ida in bed, apparently asleep. About 11 p.m., Helena was awakened by Ida’s arms striking the bead in a spasm. The Shusters immediately sent for Dr. Barnes, who lived only a block away from their house. He found Ida with her body convulsed, but this soon passed. Although rational, she refused to take any medication from Dr. Barnes, ordering him to “neither approach or touch her.” She then convulsed again and soon died. Ida’s symptoms left no doubt but that she succumbed to the effects of strychnine poisoning.

Isaac and Sarah adamantly insisted that someone else must have provided Ida with the strychnine, as they kept their own small bottle safely hidden and secure from their children. Since it remained unclear whether Ida’s death resulted from suicide or murder, the Union Parish coroner, Dr. C. H. Jameson, immediately called for an inquest. They initially determined that Ida administered the strychnine to herself, procured from an unknown source. During the inquest, Sarah Shuster and other witnesses revealed Ida’s ordeal, resulting in an immediate outcry for justice by Farmerville’s citizens. Kirkpatrick had only arrived in their village recently but Ida Shuster was born and raised in their midst, a popular hometown girl. Moreover, Kirkpatrick had violated Isaac and Sarah’s hospitality and trust, as he was a grown man of 27, with Ida a mere girl of 16.

Farmerville lawyer John Edgar Everett, then a correspondent for the New Orleans Times-Democrat, summed up the sentiment of the community’s feelings against Kirkpatrick in a scathing article describing the events surrounding Ida’s death. Everett branded Kirkpatrick as a villain and Ida’s murderer, saying that he seduced her:

“From his traitor’s heart and lying lips fell his unfaithful promises of their certain and early union, thus persuading her to yield herself, her purity and her virtue to his brutal desires.”

The Shreveport Times reprinted Everett’s article without his knowledge, and Kirkpatrick’s relatives in Monroe saw the article. Incensed at this public condemnation, Kirkpatrick’s brother-in-law sent a telegraph to Farmerville stating that her “blood thirsty citizens” could find Kirkpatrick in Monroe. Kirkpatrick then telegraphed John E. Everett, demanding that he retract his article, labeling it slanderous. Everett ignored the demand, going so far as to decline to even communicate with Kirkpatrick. Through a third party, Everett agreed to publish additional evidence if Kirkpatrick would return to Farmerville and testify before the coroner’s jury. When Kirkpatrick consented to return, Farmerville mayor and steamboat owner, Captain John M. Rabun, made a special trip to Monroe to personally escort him to Farmerville for his testimony.

Kirkpatrick denied any involvement with Ida’s death, denying that she threatened her own life to him (contradicting Dr. Barnes’ testimony). He denied promising to marry Ida or that he advised her to have an abortion, going so far as to blame Sarah Shuster for attempting to produce an abortion. Despite numerous inconsistencies between Kirkpatrick’s testimony and that of other witnesses, the jury could find no compelling evidence to file charges against Kirkpatrick. The jury concluded that Ida’s suicide “was not the result of a voluntary, matured determination on the part of the young lady to put an end to her existence.”

Kirkpatrick immediately left town after his testimony, as public sentiment there remained strong against him. He continued to antagonize them over the next month by repeatedly publishing notices in the Shreveport Times regarding his innocence in Ida’s death and condemning John E. Everett for his initial article. Kirkpatrick stated that Everett was a “willful and malicious calumniator, a falsifier and a liar. I further denounce him…as being devoid of all gentlemanly instincts, a coward and a poltroon…” After initially ignoring Kirkpatrick’s notices, Everett published a single response, stating that the inquest jury had approved his initial article. He said that he wrote his piece to warn other innocent girls in other communities, “correctly branding him as a robber of maiden virtue.” Everett admitted his refusal to meet with Kirkpatrick, as “I could not equalize myself with him…I seek better company…Kirkpatrick being beneath my notice.” Everett concluded that although it was “too indecent for public print,” the evidence painted Kirkpatrick’s “character blacker than hell itself.”

Farmervilles’s leading citizens soon tired of Kirkpatrick’s very public protestations of his innocence and his tirades against Everett. Some six weeks after Ida’s tragic death, 45 residents of Farmerville and the surrounding community, including the town’s doctor’s, attorneys, businessmen, and elected officials, paid for the Shreveport Times to publish a notice in which they condemned Kirkpatrick’s attacks on Everett and his article, certifying that Everett’s honest character, integrity, and veracity were unimpeachable, and that “a more honorable, worthy young man is not in our parish.”

This public scandal tarnished Samuel S. Kirkpatrick’s reputation enough that he left the region within the year. He moved to New Mexico, married, and fathered a son in 1889. He left his family when his son was a teenager, later working as a garden laborer. He died in 1910. 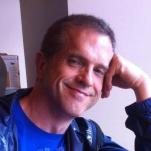