The air war against Germany led by the 8th Air Force dropped almost 5,000,000 bombs and destroyed almost 16,000 enemy aircraft.  A Bernice pilot would go down in history as being the American who shot down the last Nazi fighter plane on April 25, 1945.  Hilton O. Thompson, son of Mr. and Mrs. J.H. Thompson recorded his strike while on a bomber escort mission over Trunstein, Germany.  In the process of his mission he fired 1571 rounds of ammunition disabling the German AR254 which then crashed to the ground.

After this mission Thompson was assigned to a Royal Air Force base in England to train pilots.  On July 19, 1945 while flying one such mission his plane went down in the English Channel.  Thompson’s body was not recovered but his service is honored at the Cambridge American Cemetery in Cambridge, England  with a marker on the Tablets of the Missing and with a military headstone in the Hebron Cemetery.

Another Bernice soldier would gain recognition as the recipient of the Distinguished Service Cross while serving with the 6th Army in Japan.  Pfc. John Ray was awarded the nation’s second highest battle honor for his heroic efforts. Ray was the son of Mr. and Mrs. A.Z. Ray of Bernice and served in 4 major battles and was the holder of the Purple Heart with oak leaf clusters for his extraordinary heroism in action on the night of the assault at Leyte beach in the invasion of the Philippines.

Ray’s infantry had seized a major highway inland from the beach which under the cover of darkness the Japanese tried to retake by launching a furious assault.  Ray and several other riflemen repelled four banzai charges but the assault was so overwhelming that the Japanese had crawled in between the American’s foxholes and surrounded them.

Ray remained in his position and covered the ordered withdrawal of soldiers until only one other remained.  Even though wounded himself Ray went to the aid of the other soldier.  While on the way Ray sighted an enemy machine gunner and sniper but finding his own weapon jammed grabbed the other soldiers’ weapon and fired several rounds killing both Japanese.  Ray then administered first aid to his buddy and dragged him to a position of concealment.  Once back inside friendly territory Ray insisted on leading a platoon back to rescue the wounded soldiers.  When dawn broke there were 195 enemy dead who were found in the vicinity of Ray’s foxhole.

Ray saw action again at Bataan, Mindore and Mindanno in the Phillipines and was engaged in occupation duties with the 24th Infantry at Shikoka, Japan.

In October of 1945 Charles L. Fitzgerald, a member of the Merchant Marine would lose his life off the coast of Ketchikan, Alaska when the army transport ship Clarksdale Victory broke apart after ramming into a island off shore.  Ftizgerald was the son of Sam Fitzgerald.  Fitzgerald had previously served five years in the Army.

Nearly every community around Bernice would lose someone very dear to them before the war was over. Having grown up in Shiloh I was always aware of the small marker in our cemetery honoring Herbert H. Moore with the date of August 8, 1944 and the phrase “Body Remains in France.  Hugh was the song director at Shiloh Baptist Church and employed at Mrs. G.C. Hick’s store when the war started.  He would lose his life in the invasion of Normandy.  Moore along with all the others who served, who was wounded or who gave their lives for the cause of freedom will be remembered. 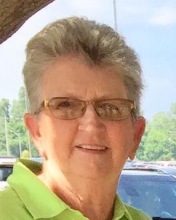