Mr. Sam Eubanks, of Dodson, was in Farmerville Tuesday.

Safe, swift and sure is the proper description of Cheatham’s Laxative Tablets. Cure colds in a day. Can be carried in vest pocket. Easy to take. Guaranteed. Price 25 cents.

All kinds of fire works and canned goods at Willie Barnes. Prices the lowest.

All kinds of stoves. Come and examine and get full value for your money. R. HAAS, Agt.

I have for sale a car of good young mules, suitable for logging and farming purposes.  J. D. BAUGHMAN.

M. Guehring has a nice line of candies, fruits and fancy groceries for Christmas eating, at the lowest prices.

J. D. Baughman has another car load of nice surreys and buggies. They are hot sellers, make your selection quick.

You cannot make your wife a more acceptable Christmas present than a nice surrey. J. D. Baughman has them for sale cheap.

You cannot afford to trifle with a cough. It may result in some serious if not fatal malady. Take time by the forelock and use Simmons’ Cough Syrup. Guaranteed. Price 25 and 50 cts.

Hon. J. M. Smith, the popular register of the State land office at Baton Rouge, came to Farmerville Sunday, on a business and pleasure trip combined.

Parties wanting to buy cotton seed meal and hulls will do well to call on me.  JOHN BALLARD, Agent Union Oil Co.

If you want to save money and get the best goods, go to F. E. Mayo’s and get your Christmas groceries. Full line, fresh stock, lowest prices.

After a few day’s visit in Farmerville Mrs. R. M. Hardy returned home yesterday. She was accompanied by her daughter, Mrs. Trimble.

No equal on earth has Hunt’s Lightning Oil for Rheumatism and Neuralgia, as well as Sprains, Cuts, Burns, Bruises, and Insect Bites and Stings. Guaranteed. Price 25 and 50 cents.

We sell the celebrated Darling Stoves, both Cooking and Heaters and can suit you in price and size. R. HAAS, Agent

Next Tuesday evening at 7:30 o’clock the Christmas school entertainment will be given at the court house in Farmerville. Program for the evening will consist of plays, dialogues, recitations  and music. Public generally are invited to attend.

Why do you wait for a dun or collector. Your account and note are past due. Pay them.  J. D. BAUGHMAN.

We are authorized to announce that a Christmas tree celebration will be had at the Farmerville court house next Wednesday evening at 7:30 o’clock. An invitation is extended to all to send any gifts for relatives or friends to the decoration committee.

We were pleased to meet in Farmerville Tuesday Capt. Vaughan, who has his boat and crew of men in the Cornie, to remove stumps and other impediments to navigation. His work will begin at Cobb’s landing. Capt. Vaughan did similar service in the D’Arbonne and Cornie seven or eight years ago.

Stein says he is in for the skin. Bring your mink, raccoon, otter, opossum, beaver, cow, and horse hides, beeswax, tallow, wool, brass and copper, and he will pay cash price for the same.

The store of Mr. J. B. Clark at Oakland was destroyed by fire Friday night. The building with all its contents was destroyed. Loss on house and merchandise is estimated at $3100, on which there was $1650 insurance. Origin of the fire is unknown, but it is thought to have ignited from a smoldering cigarette.

Rev. B. Wright left Monday for Alexandria to attend the annual conference of the M. E. Church, which will begin there tomorrow morning. Mr. Wright has been pastor of the Farmerville circuit for the past two years. He is an able orator, a logical debater and a forceful speaker, and his many friends in Union Parish trust that he will be returned to this field for another year.

On the first page of this paper we publish proceeding of a mass meeting held at Junction City recently. Resolutions were adopted denouncing the illicit whiskey traffic which has so long cursed Junction, and promising punishment to the violators of the prohibition laws. We are glad to see that the good people of Junction are determined to suppress the blind tiger business in their midst, and have made a start to that end in the right way. If the citizens of any community will take it upon themselves to see that the law is rigidly enforced, they can succeed; but if they sit back and rely entirely upon court officers to ferret out crime, then if lawlessness is not suppressed, they can only blame themselves. God-speed to the prohibition element in Junction. 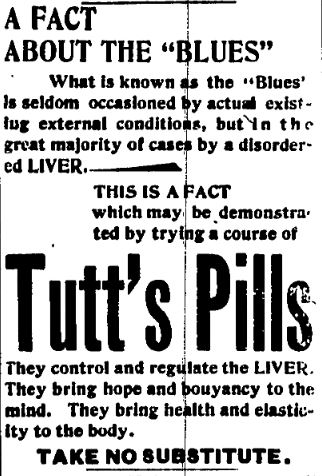 The Farmerville Brass Band, since its reorganization, has made commendable progress. It consists now of twelve pieces, and more will be added as soon as its revenues will justify and new members reach a practical efficiency. The band are appreciative of the donations by the public, and will soon compensate them in the way of excellent music.

I have a few sacks of cotton seed and want more, for which I will pay the highest cash price. Plenty of sacks on hand and cash to pay for seed.  JOHN BALLARD, Agent Union Oil Co.

An automobile passenger service is to be put between Paris and Nice. The carriages will carry 40 passengers and have a lavatory and bar. They will make a speed of sixty-two miles per hour.

James J. Hill, a prominent New York financier and railroad magnate, says that prosperity in the United States has reached its summit and that a down-hill change is likely to occur at any  time.

Baton Rouge is hoping to get the southern extension of the Shreveport and Red River Valley railroad.

Work of laying the trans-Pacific cable was concluded at San Francisco Sunday.

For family use in numberless ways Ballard’s Snow Liniment is a useful and valuable remedy. Price, 25 and 50 cents. For sale by R. HAAS, Agent.

My friend are you suffering from any painful and annoying skin disease, such as ringworm, tetter, eczema , or anything similar? If so, just try one box of Hunt’s Cure. It never fails. Guaranteed. Price 50 cents.

A second bank was organized last week at Amite City, La. It will be known a the People’s Bank.

On account of heavy rains the first of this week, trains in the vicinity of Memphis, Tenn., were tied up, and traffic demoralized by the floods and washouts. Similar conditions prevailed in portions of Arkansas.

STOVES – Just received, a car of stoves, and we are able to sell you a stove as cheap as you can get it at any railroad town.  R. HAAS, Agent.