As I lay there, the blood that gives me life was slowly leaving my body. Having always heard that one should apply pressure to a wound. I also knew it wouldn’t do me much good since I only had two hands and the wounds were many. It was really quite amazing to me that I really hadn’t noticed any pain as the needle-pointed teeth punctured and ripped my skin. On the other hand, that’s quite often the case when you are having fun.

Now, before any of you fear I won’t be around to provide good lining for the bottom of a bird cage, I ain’t dyin’. At least, not to my knowledge. My arms and hands may look like I’ve been shot with bird shot, but there’s nothin’ life threatenin’.

It all began when my wonderful daughter-in-law gave my son an Alaskan Husky puppy for Father’s Day. Bein’ the Notre Dame fan he is, he named the dog Rockne….., as in Knute Rockne. I can now honestly say Count Dracula or Gator would have been appropriate names.

My son and his family were going out of town this past weekend and needed a “puppy sitter”. Well, you know how we are when it comes to helpin’ our kids, so I eagerly volunteered to “puppy sit”. I will admit I was a little hesitant at first for I know how I am about dogs. Remember Tiger, the English Mastiff that I loved so dearly? Well, I knew that it would be extremely easy for me to fall in love with Rockne. After all, I had already seen him and knew how beautiful an animal he is; black with white markings, and brilliantly blue eyes that wold make Frank Sinatra and Paul Newman turn green with envy.

Now, if you love animals, it won’t take any effort for you to remember how much fun playin’ with an eight to ten week old puppy is. They love to run and bark and …… bite! With a mouth full of needle pointed razor sharp teeth, the blood is bound to flow. Honestly though, I wouldn’t have had it any other way.

Rockne is a very intelligent puppy, too. And I ain’t just sayin’ that ’cause he’s my puppy-in-law. I have a doggie door through which he can come in and go out whenever he wants. Of course, as young as he is, he didn’t have a clue as to what a doggie door was. It only took me one time to show him he could push the flap open with his nose and step through to my backyard. He went out and in so much I think, he enjoyed it almost as much as he did chewin’ up my house shoe!

I couldn’t help but laugh out loud as he ripped and romped throughout my yard. Sweetgum…., or sweet gum, whichever way is correct, sweet gum balls were balls to be tossed and chased. Small limbs were made of sugar, it seemed, as he chewed and chewed on every one he could find.

At times I could almost read his mind. As he sat on his haunches, gazing across the yard. I’d be dollars to doughnuts he was imagining being the leader of the pack. he had that look of superiority in his eyes, and with his shoulders shoved back and nose tilted arrogantly, he was the king of his realm.

At one time I was standing at the kitchen sink washing dishes when all of a sudden he literally exploded from the yard, blasted through his entry door, turned the corner around my kitchen table, and sped around the doorway into my living room. It startled me with his blazing speed, and I figured a grizzly bear was on his tail.

I ran quickly to the living room only to discover he had a grizzly bear in his mouth…, at least, in his mind it was probably a grizzly bear. An unlucky limb or stick about ten inches long had fallen to his superior hunting ability and was being devoured by the conqueror.

Yes, sir. I knew it would happen. I want another dog so bad I can taste it. However and due to amount of travelling I do in my job, it’s not a smart thing for me to do. One of these days though…, perhaps after I retire. I’m gonna have another dog. In the meantime, Rockne and I can be pals. That’s what a dog is for, isn’t it?

I also thought of what a thick pair of leather gloves would be good for. 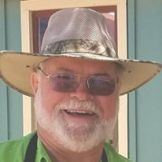